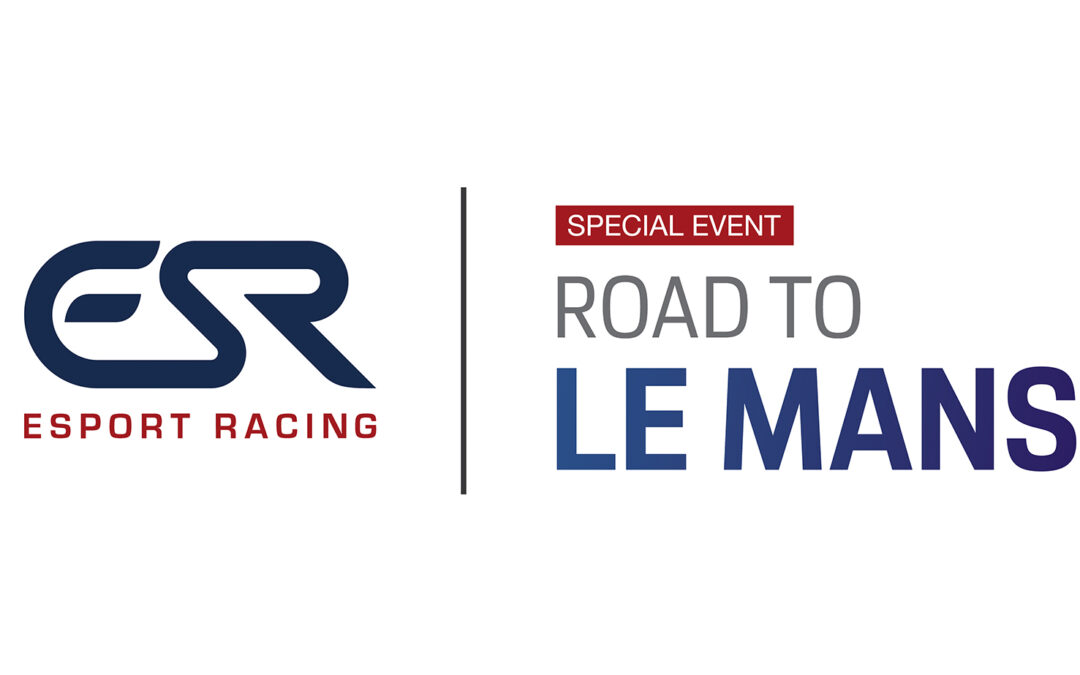 In order to celebrate this years Le Mans, we are hosting a 12H event at the Le Mans track in iRacing

50 teams and 25 drivers have already signed up for the event, which will take place the 26th of june 2021. We will be racing with 3 car classes. 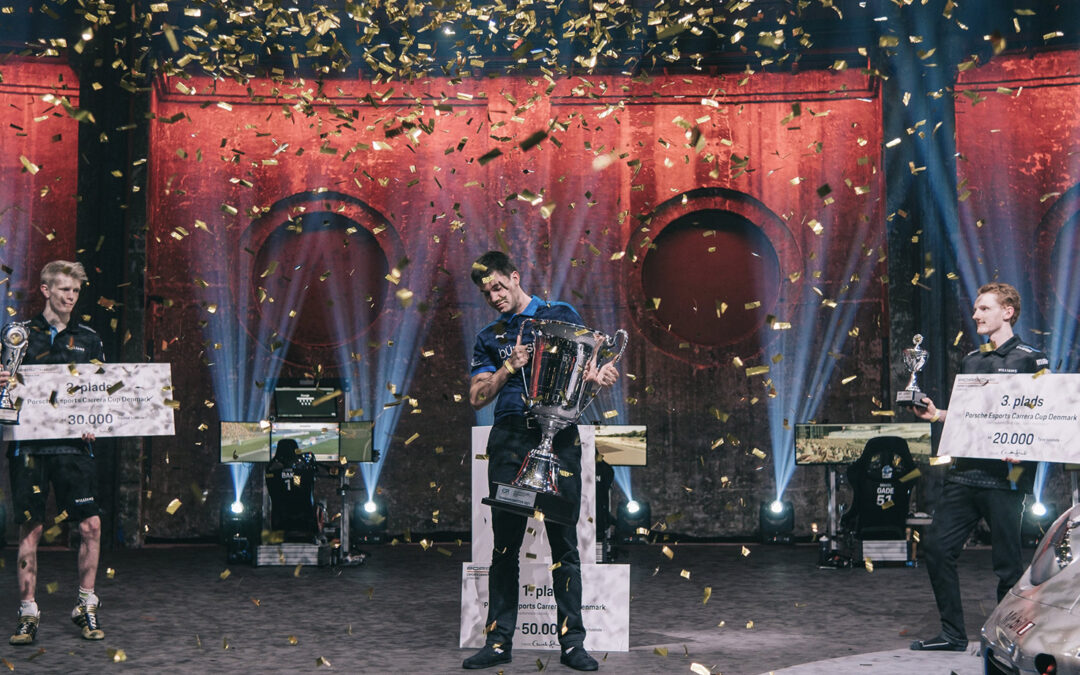 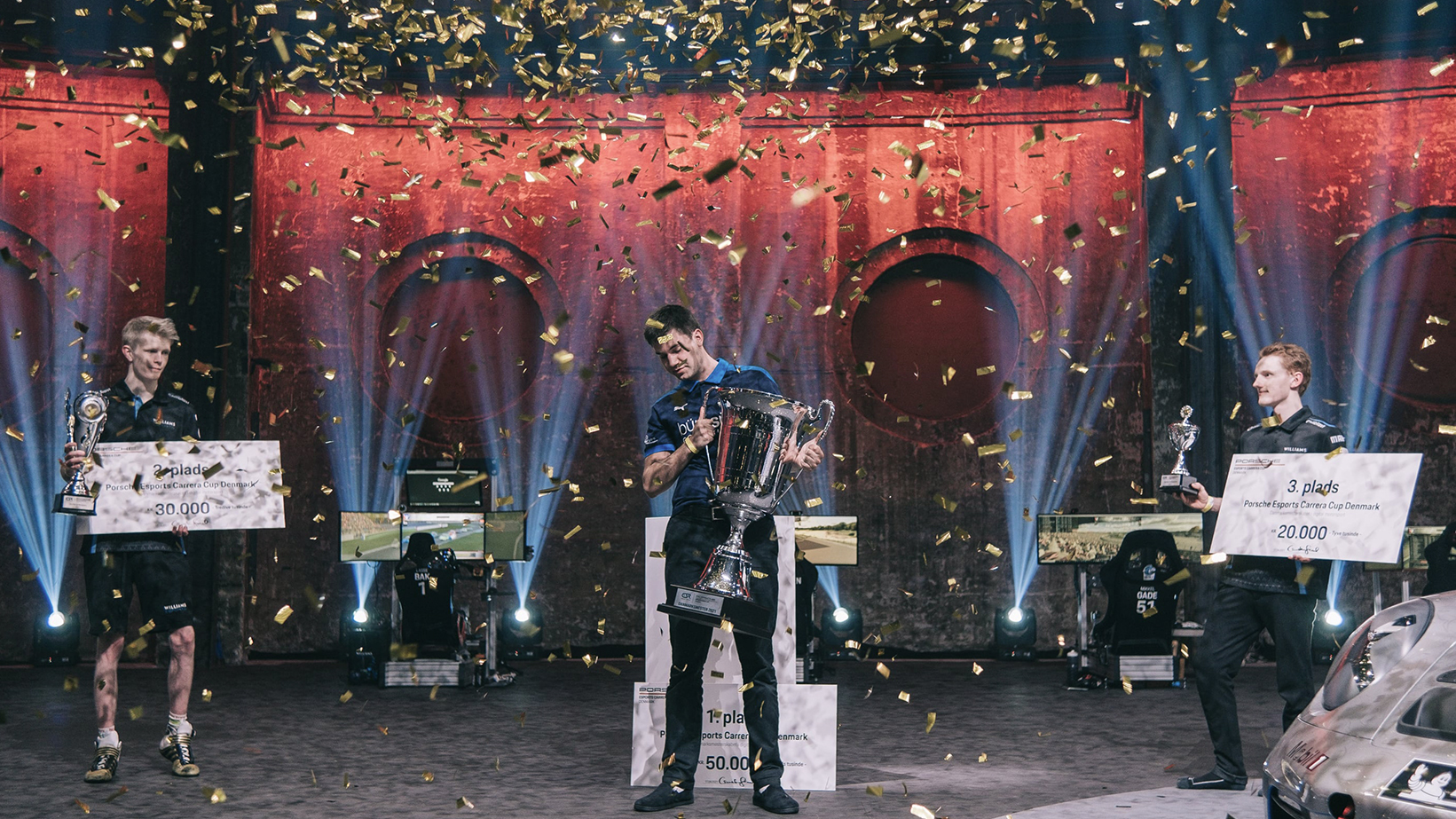 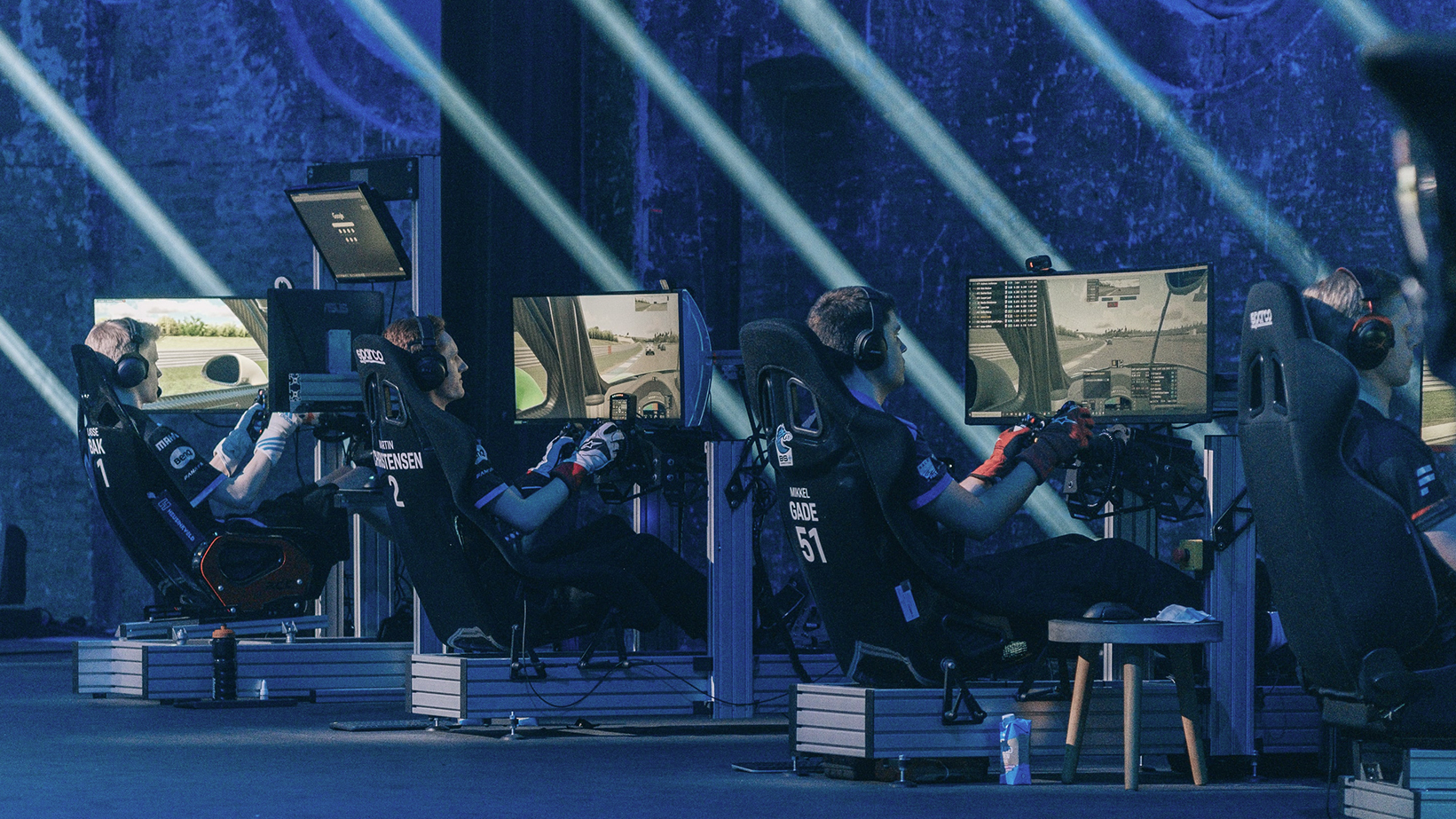 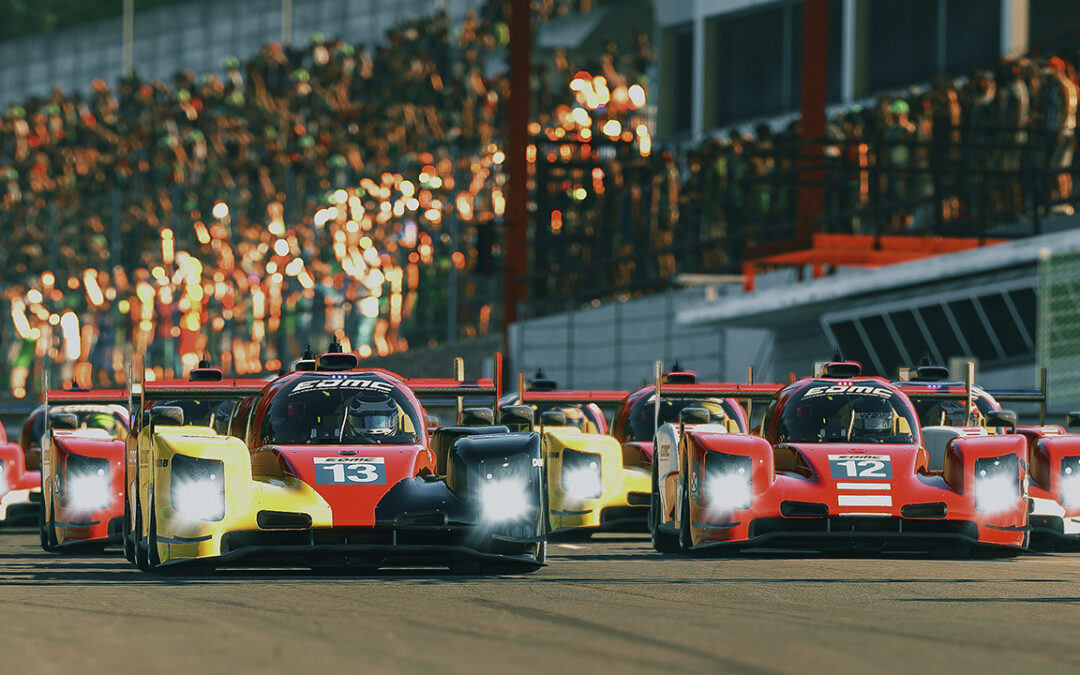 Solid pace and a great Team efforts secures the win for Germany in the first ever edition of the European Digital Motorsport Cup – Race of Nations. 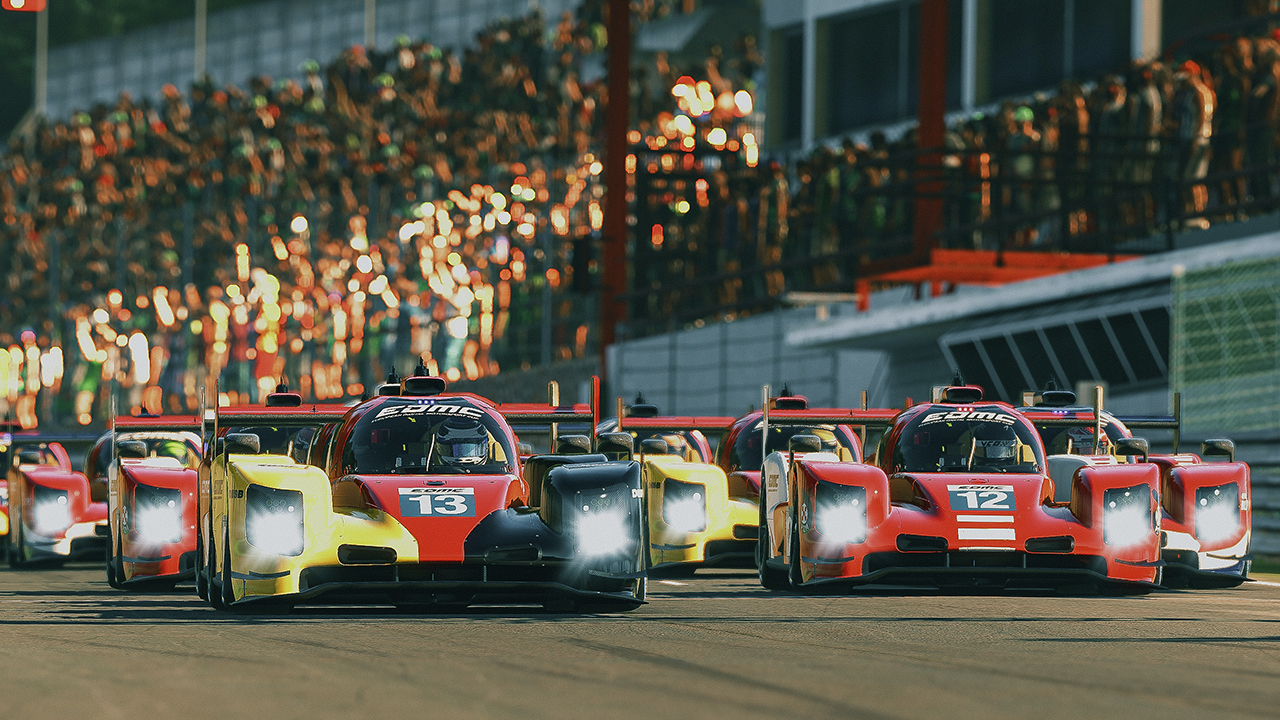 The Race Started out dramatically with a huge pile up in Eua Rouge. Here after the field got spread out, but this did not prevent a lot of battles through the rows. The race came down to fuel saving, which Team Germany 1 Mastered completely and took the win in front of Team Poland 3 and Team Germany 3.

The drivers in top 3 can now look forward to receive their prize money and a monitor from BenQ. 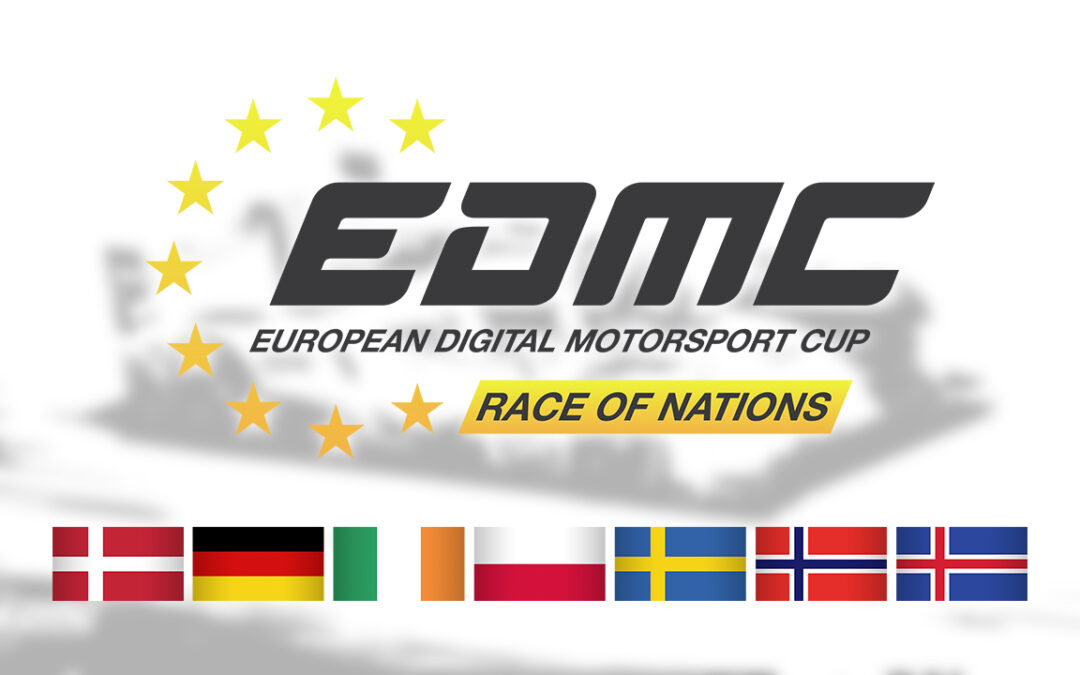 The first European Digital Motorsport Cup (EDMC) is kicking off this March bringing the best of online and offline racers together battling for their national teams. 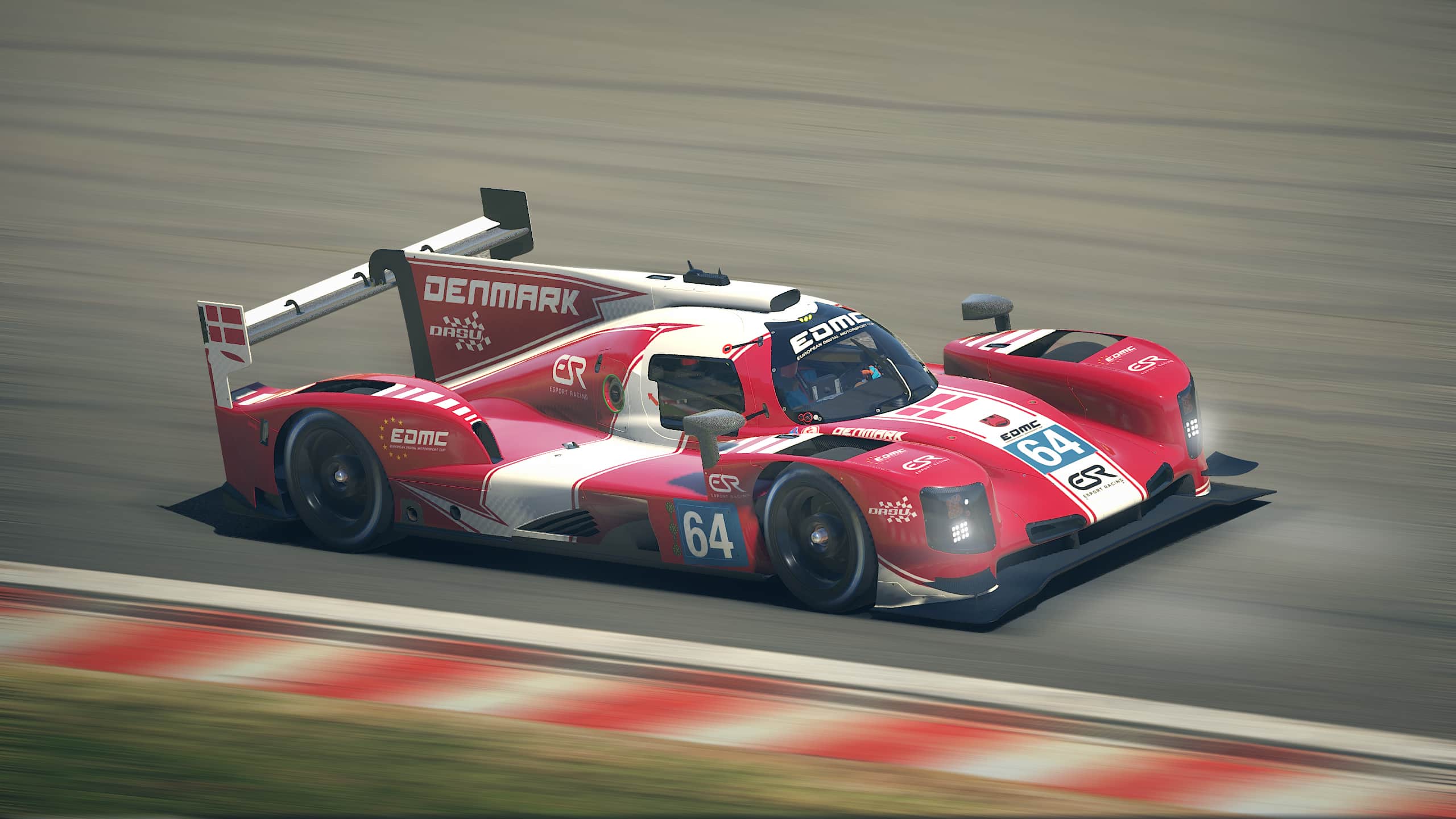 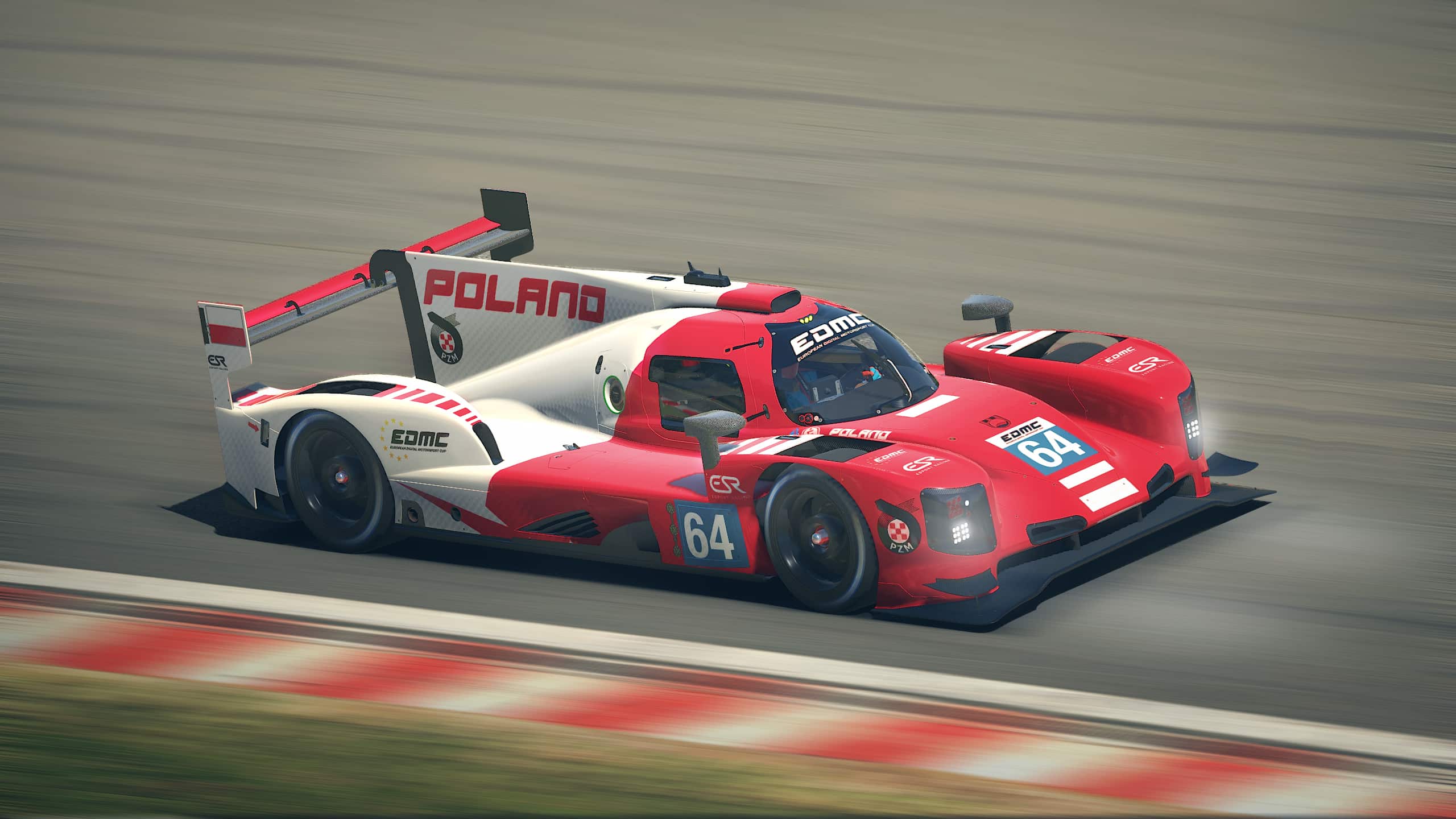 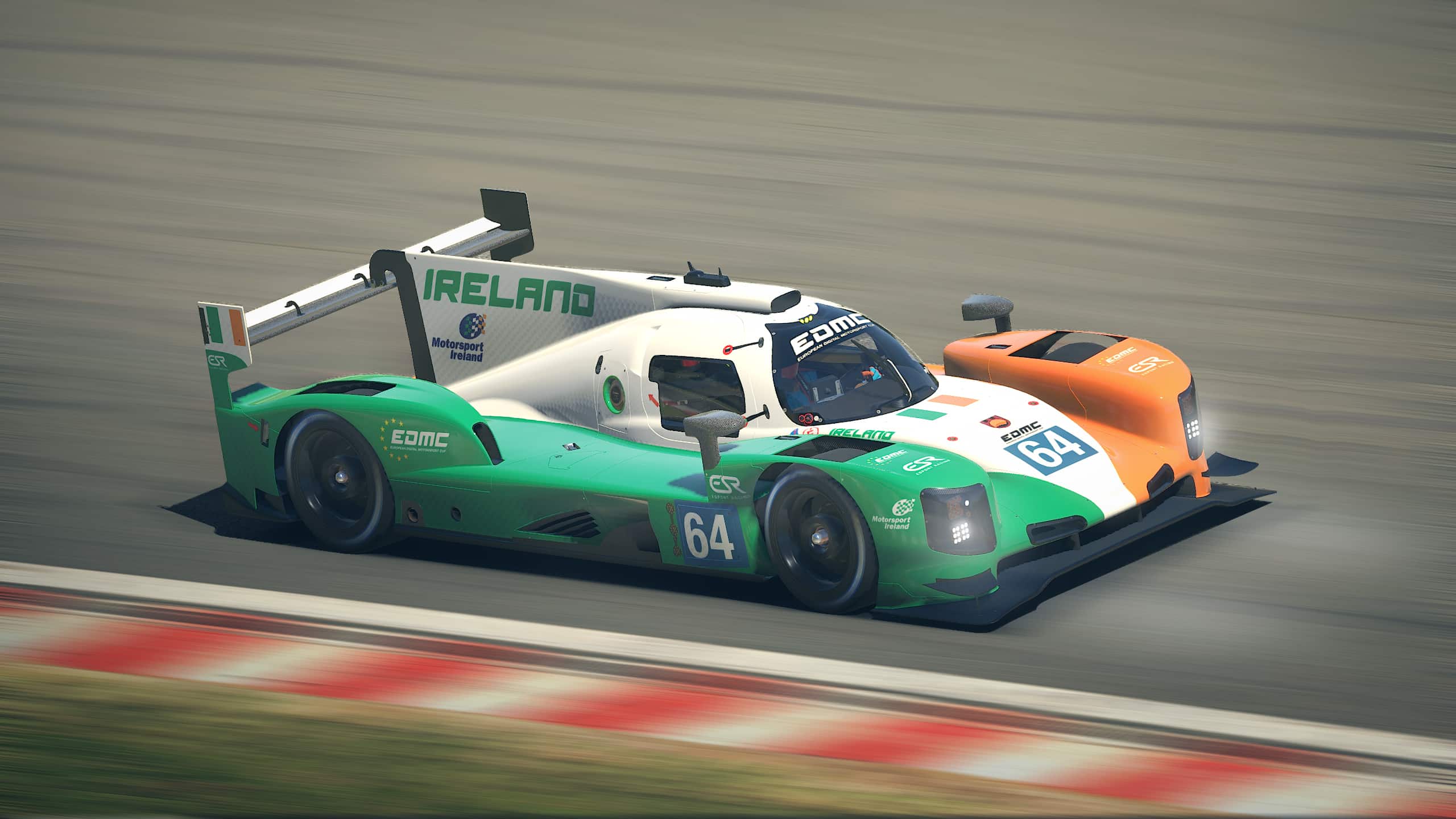 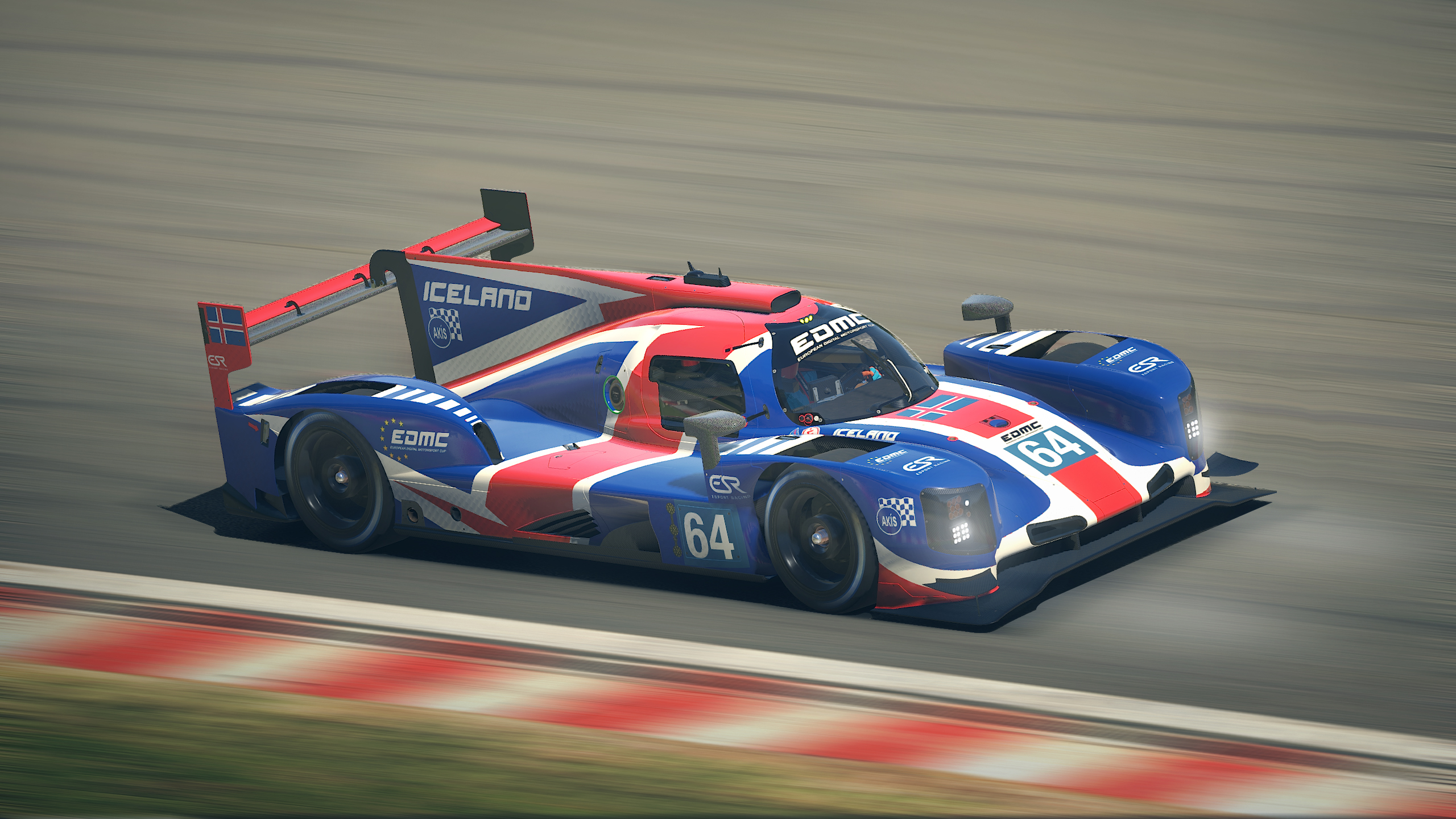 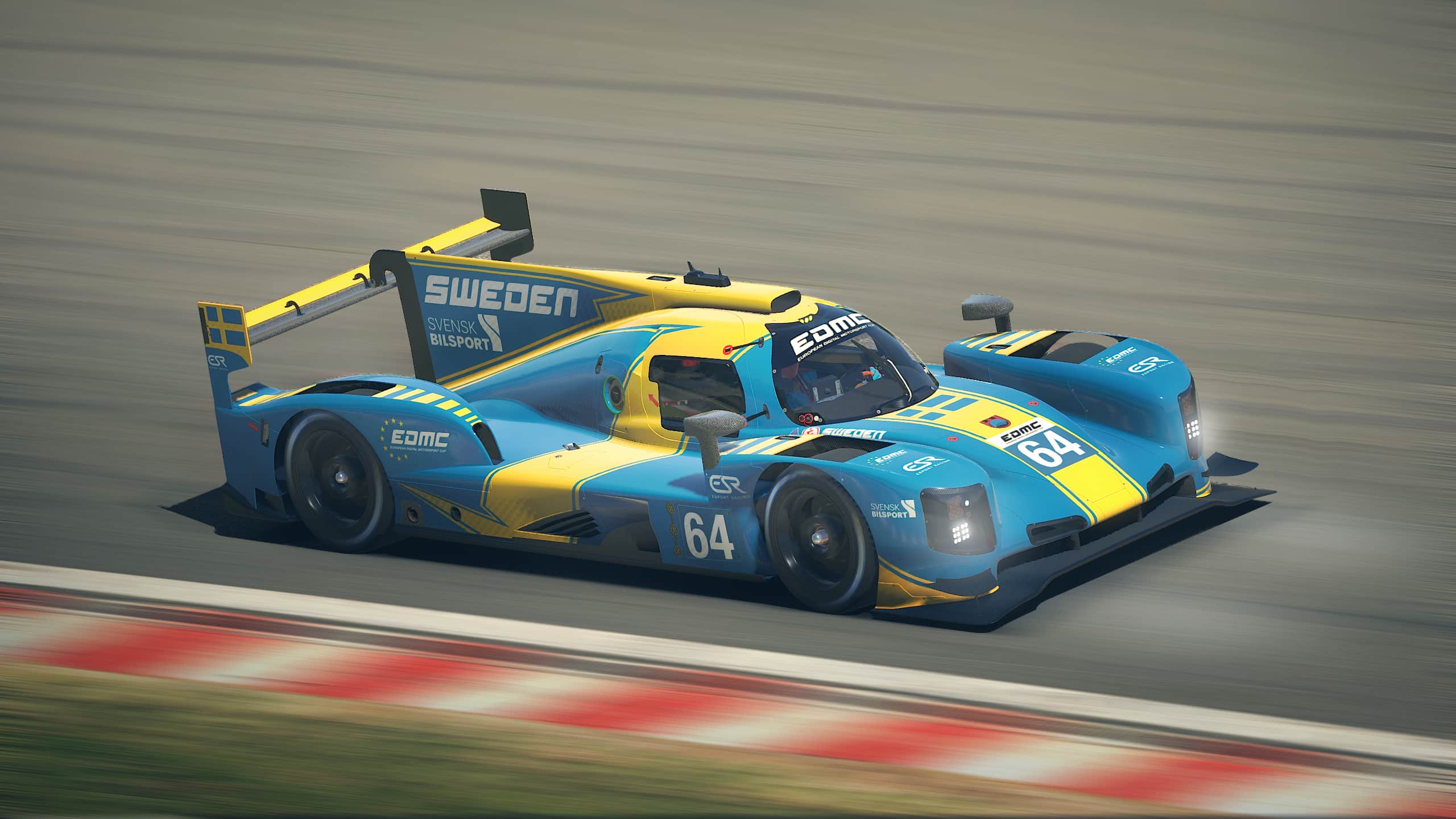 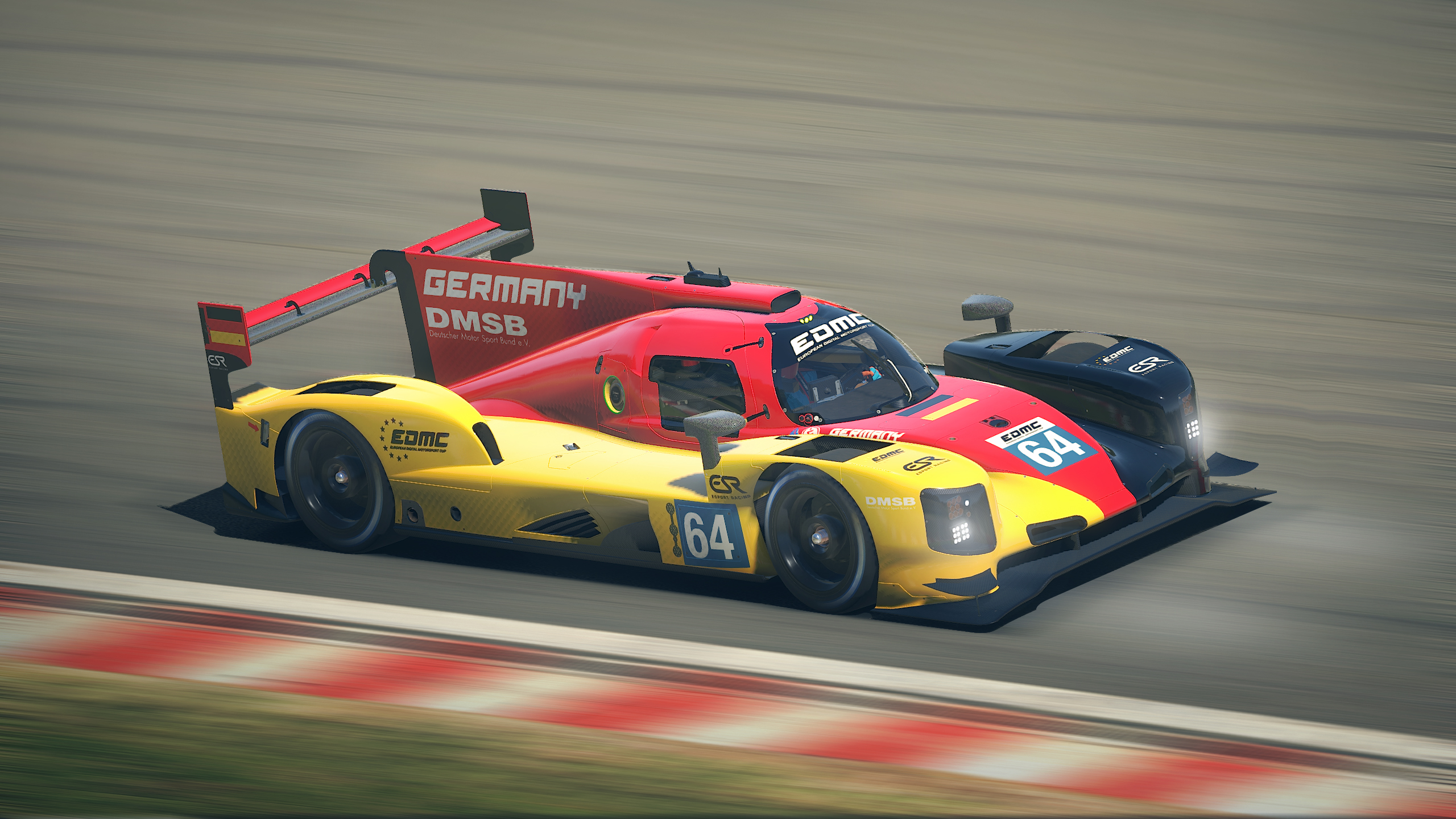 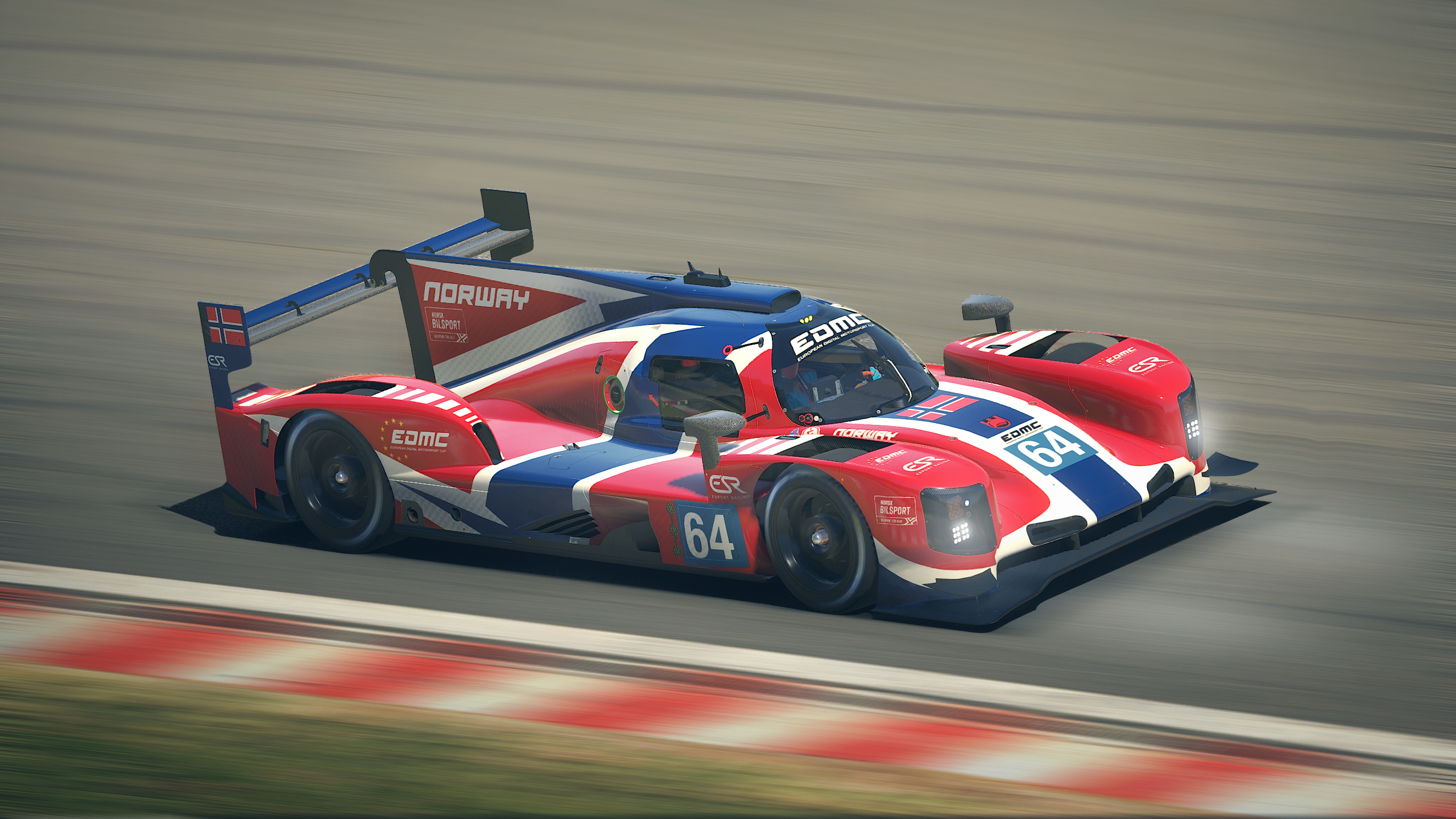 The five national motorsport associations have chosen, during a tender process, the Danish promoter Esport Racing to arrange this first edition of the EDMC. This event offers the champions of the respective national digital motorsport championships throughout Europe the opportunity to represent themselves and their countries. The drivers for this event will be nominated exclusively by their national federation.

“The cooperation with governings bodies across country borders has long been a target for ESR, Esport Racing. I am thrilled that ESR with Danish ASN DASU is able to organize the first edition of European Digital Motorsport Cup,” says Thor Qualmann, Managing Director from digital motorsport promotor Esport Racing.

Each ASN can nominate a maximum of 6 teams of 2 drivers. These teams will compete in a 120-minute race on the iRacing simulation platform, driving the Dallara LMP2 car on 14 March 2021.

The National teams from Denmark, Germany, Poland, Ireland and Sweden will be introduced in more detail in the coming weeks. In addition to the organising nations, Norway and Iceland will also be competing in the inaugural European Digital Motorsport Cup. 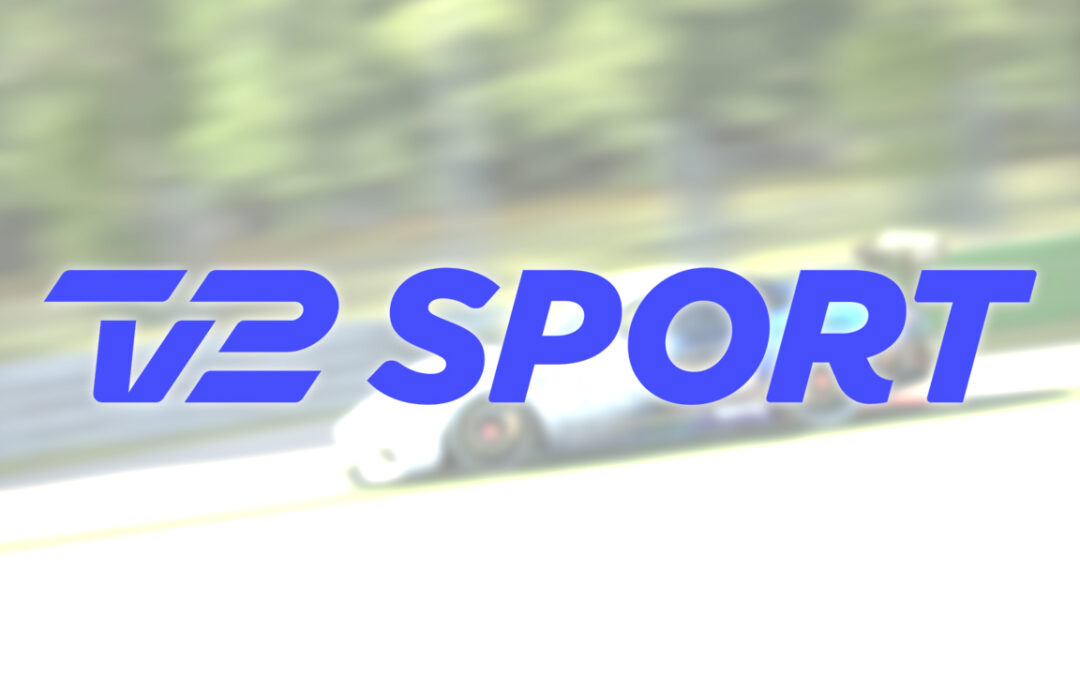 The Porsche Esports Carrera Cup Denmark will reach thousands of Danish TV screens in 2021 when it will be broadcasted live on TV 2 featuring coverage by well-known motorsport commentators from the studio. 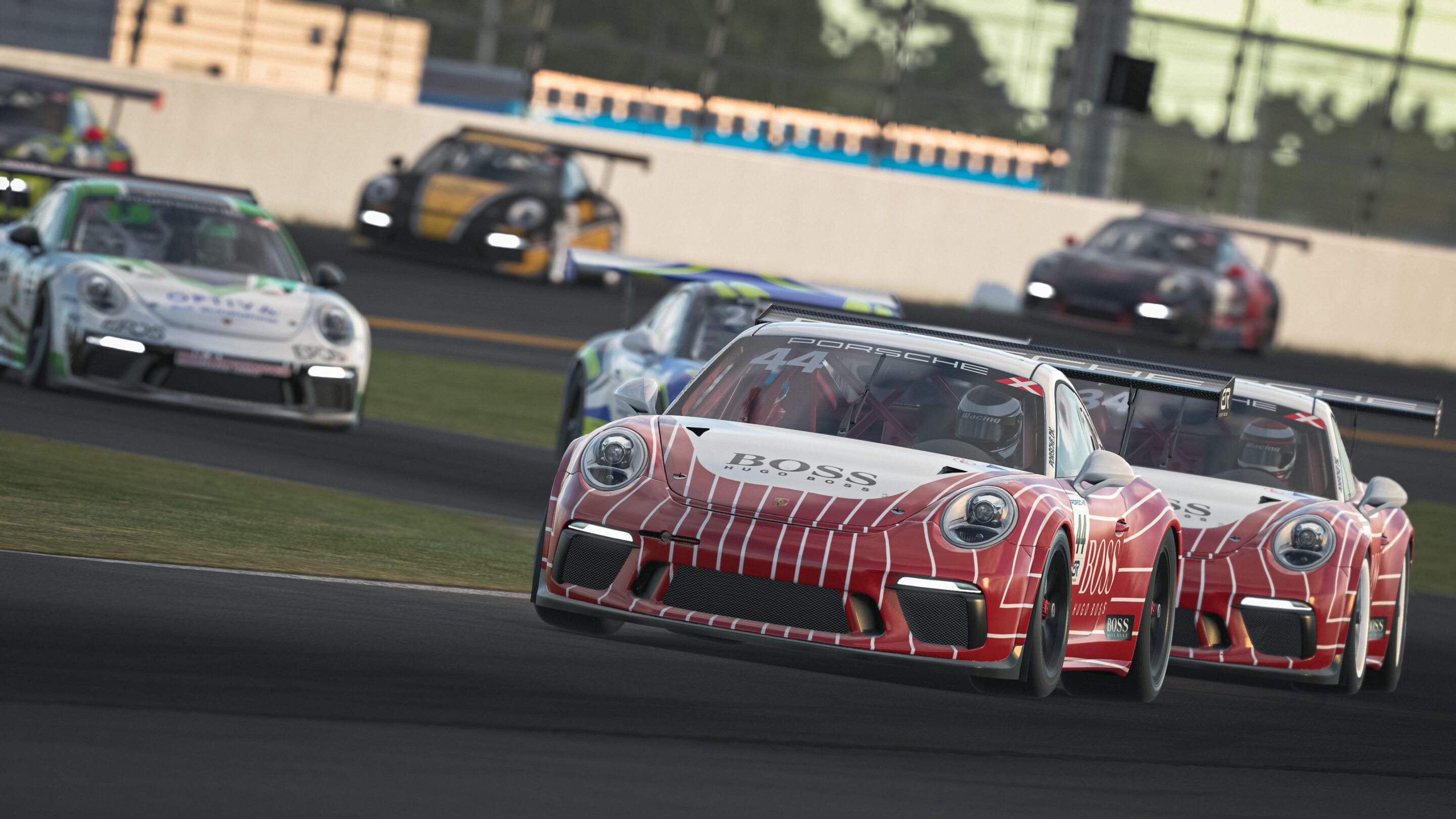 After a successful launch last autumn, Porsche Denmark and ESR plan to increase this year’s coverage of the official Danish championship in digital motorsport, the Porsche Esports Carrera Cup. The popular virtual motorsport series, where Denmark’s top 40 fastest drivers compete for a total prize pool of 100,000 kroner and the title of The Official Danish Champion, has entered into an ambitious broadcasting collaboration with one of the country’s largest sports channels, TV 2.

The agreement means that the six remaining rounds of the Porsche Esport Carrera Cup will be broadcast on TV 2’s sports channels: TV 2 SPORT and TV 2 SPORT X. Well-known Danish motorsport experts will cover the races with live commentary, analysis, and interviews directly from the studio every other Sunday throughout the winter.

“The Porsche Esports Carrera Cup got off to a fantastic start last autumn and has now marked itself as Denmark’s most hyped and challenging championship in digital motorsport. Together with ESR, Porsche has a clear goal of promoting awareness of virtual racing in Denmark. With a broadcasting agreement where TV 2 takes over the TV rights for the rest of the 2021 season, we can deliver even more fantastic entertainment for the many fans, who have until now only been able to follow the series live on Youtube. We have high expectations for the collaboration and look forward to kicking it off this month” says PR & Marketing Manager at Porsche Denmark, Peter Jurland.

“The collaboration with TV 2 and Porsche will lift digital motorsport to a whole new level that has not been seen in Denmark so far. At the same time, I believe that it can help spread awareness for the sport. Those who have a desire for racing can now live out their dream virtually” says Thor Alexander Qualmann, Managing Director at ESR.

Porsche’s involvement in motorsport dates back more than 60 years. With The Porsche Esports Carrera Cup Denmark, where the traditional race cars have been replaced by online simulators, interest in digital motorsport has reached new heights. At the same time, Porsche Denmark – who has also been in collaboration with Hugo Boss to put a team of four young drivers in the championship – has moved into a new and growing audience, which consists of a younger and more tech-oriented target group as well as  traditional motorsport fans. This reason is precisely why TV 2 has chosen to focus on virtual motorsport.

“2020 was the year when Esport broke through into the consciousness of Danish TV viewers, and especially in the younger target group. Last summer at TV 2, we had success in covering the first digital 24-hour Le Mans ever. Therefore, it is interesting for us to step into an ambitious Danish digital motorsport series which attracts driving talents in both Esports and real racing drivers. The collaboration between Porsche Denmark and ESR shows that there are great aspirations for the series, and TV 2 would like to be a part of that journey. I am convinced that with a joint effort we can raise the interest in digital motorsport further” says channel manager at TV 2, Kristian Hyldgaard. 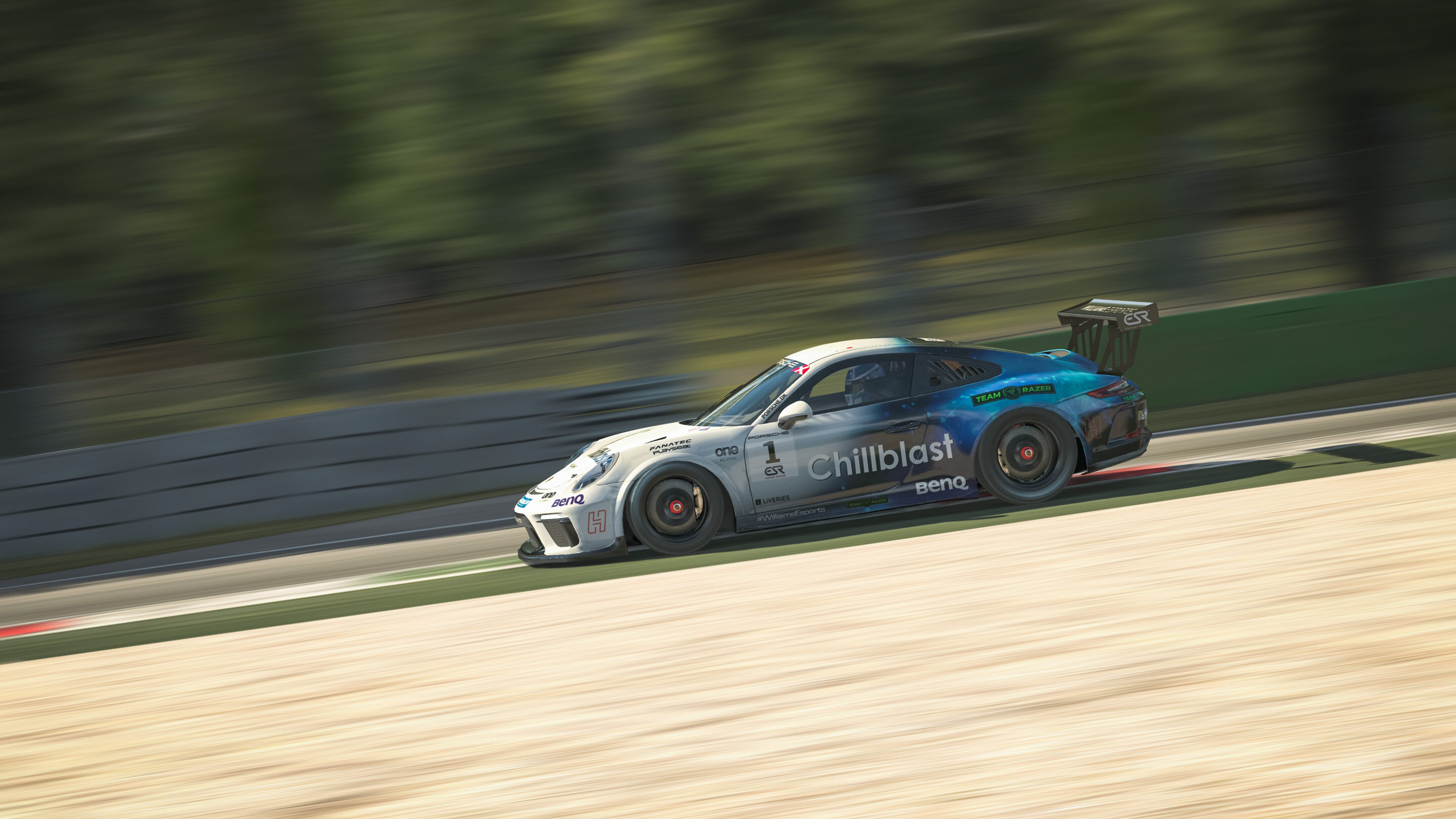 The first TV 2 broadcast round of The Porsche Esports Carrera Cup Denmark will be the fifth round of the championship, which will take place this Sunday, January 10th, at 12.00 CET on TV2 Sport.

The Porsche Esports Carrera Cup is the official Danish digital motorsport championship under the Danish Automobile Sports Union and the Danish Sports Confederation. The championship is a result of the collaboration between Porsche Denmark and ESR, which is the leading promoter of digital motorsport events in Denmark. The championship will be run over 10 divisions. The first of which started on November 8th, 2020 and the final taking place in April 2021. The field of 40 riders has been selected via a qualifying round, which was open to all riders with an iRacing regulated C license. There is a competition for a total prize pool of 100,000 kroner and the title of The Official Danish Champion in Digital Motorsport. All races in 2021 will be broadcast live on TV2 with coverage by well-known Danish motorsport commentators from the studio. The courses will not be announced until the race day. 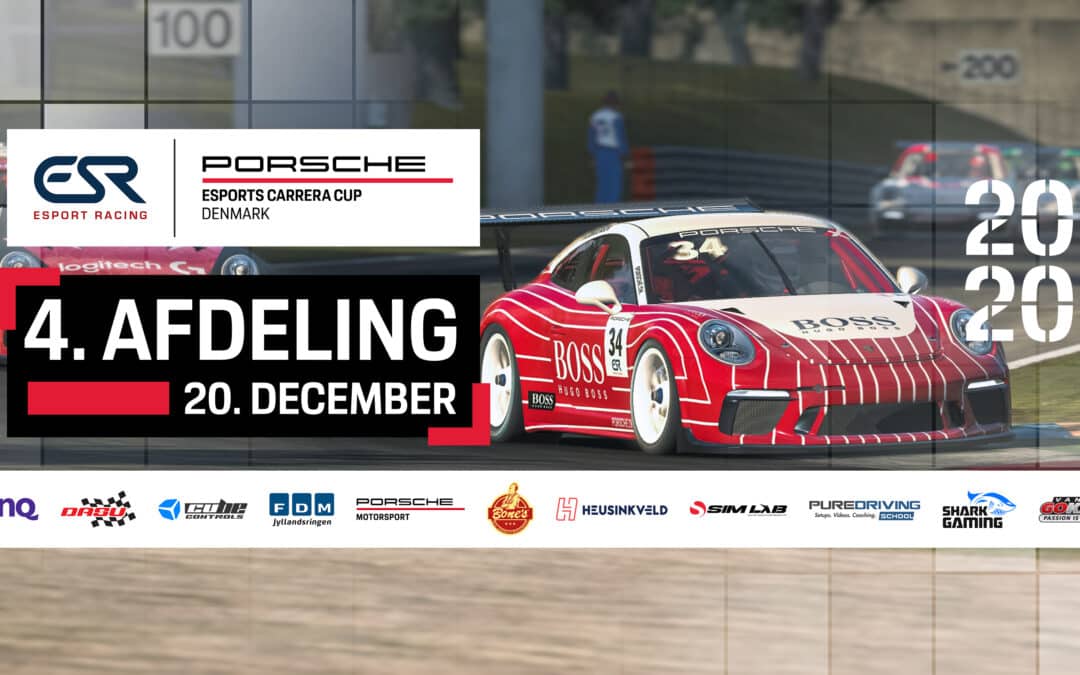 Watch the 4th Round of Porsche Esports Carrera Cup Denmark

We are feeling more ready than ever. On sunday the fourth round of the official Porsche Esports Carrera Cup Denmark will be starting. Click on the youtube link above to check in on our ESR Youtube Page.

The ESR-Porsche Esports Carrera Cup Denmark Facebook Page will host a competition in which you, as a viewer, can win nice prizes.