The Porsche Esports Carrera Cup Denmark is the new Danish digital motorsport championship for everyone who has a virtual racing driver in their stomach. 40 fast participants will compete for a total prize pool of 100,000 danish kroner.

Copenhagen, 17 September 2020 – The interest in digital motorsport continues to grow strongly and now one of the world’s most famous sports car brands has jumped on the virtual bandwagon. The Porsche Carrera Cup is already known as one of the most prestigious motorsport championships in the world, and this spring manufacturers launched the virtual version, the Porsche TAG Heuer Esports Supercup by iRacing, where traditional racing cars have been replaced by online simulators.

This initiative has led the Danish importer, Porsche Denmark and Esport Racing (ESR) to join forces for a national championship, Porsche Esports Carrera Cup Denmark. The digital championship will be running across 10 rounds starting on November 8th and with a live final in April 2021. The total field of 40 participants will be selected via a qualifying round, which is open to all drivers with an iRacing-regulated C license. The championship will, like the Porsche TAG Heuer Esports Supercup, be held on the platform iRacing, and will run for a total prize pool of 100,000 kroner, which will be distributed between the season’s three beds placed drivers.

– The Carrera Cup is the starting point for all Porsche’s motorsport activities, and therefore it is fantastic to be part of the launch and national virtual version of the series in Denmark. Not least, it is a hallmark of ESR as a promoter for digital motorsport in Denmark and we are delighted to have the team up with such an iconic sports car brand. The effort we have put into the planning will benefit both drivers and fans, we ensure an action packed championship with lots of challenges and entertainment, says the managing director of ESR, Thor Qualmann.

Motorsport is an important part of our DNA, and our brand is based on a successful racing history that goes back more than 60 years. At the same time, it is important for us to look ahead and be at the forefront of development, and therefore we are proud to be able to present a new official danish championship. With Porsche Esports Carrera Cup Denmark, we are entering an exciting, growing segment and will be able to activate a younger and more tech-oriented target group, says PR & Marketing Manager at Porsche Denmark, Peter Jurland.

The championship is only available for danish citizens. 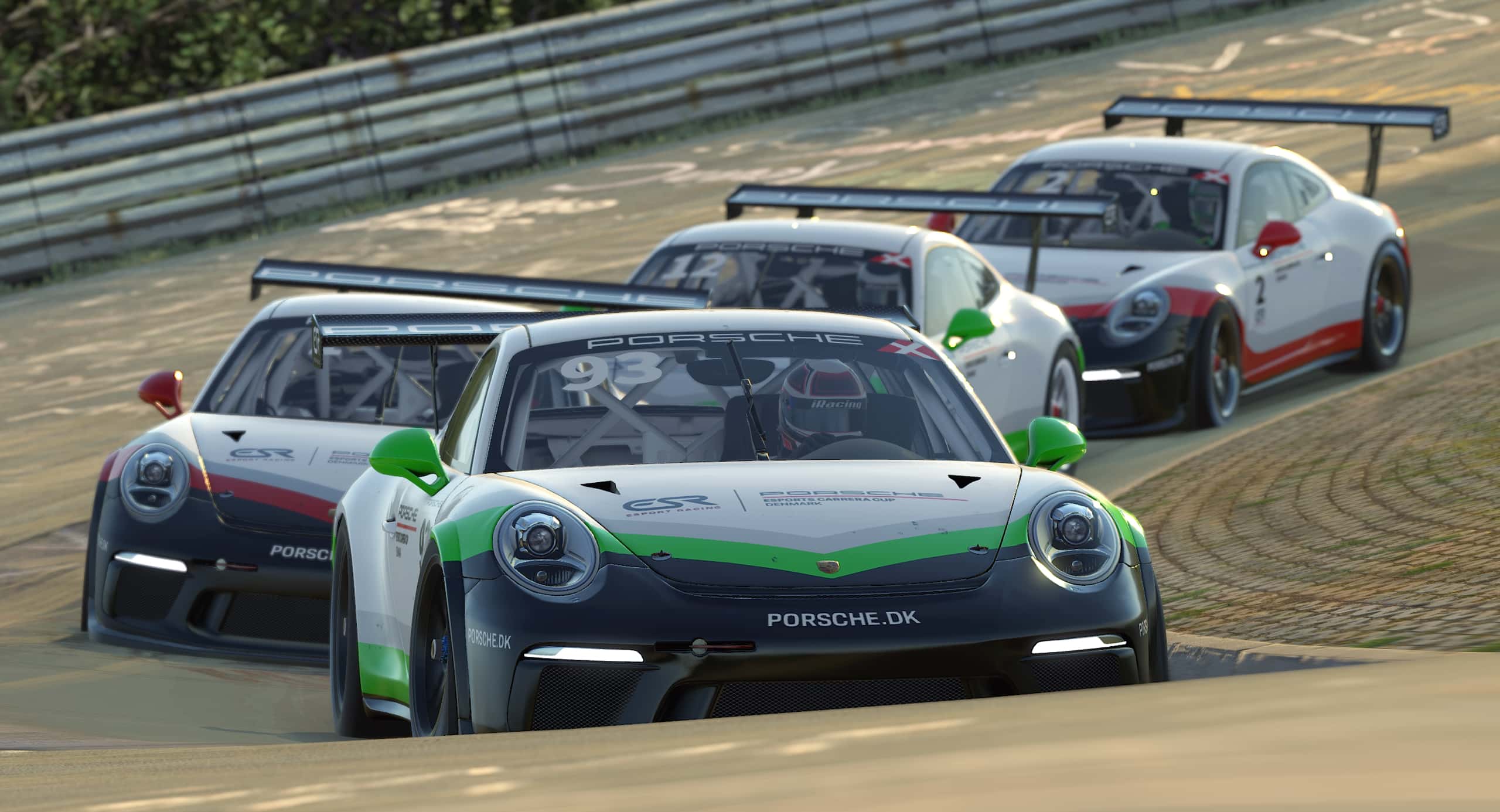 Porsche Esports Carrera Cup Denmark is the official Danish digital motorsport championship under the Danish Automobile Sports Union and the Danish Sports Confederation. The championship is organized by ESR – Esport Racing ApS, which is the leading promoter within digital motorsport events in Denmark. The field counts 40 drivers, who register via an open qualifying round. Participation in the Porsche Esports Carrera Cup requires an iRacing-regulated C-license, and a total prize pool of 100,000 danish kroner is contested. All races will be broadcasted live on Youtube with Danish commentators. The courses are announced when you connect to the server on race day.