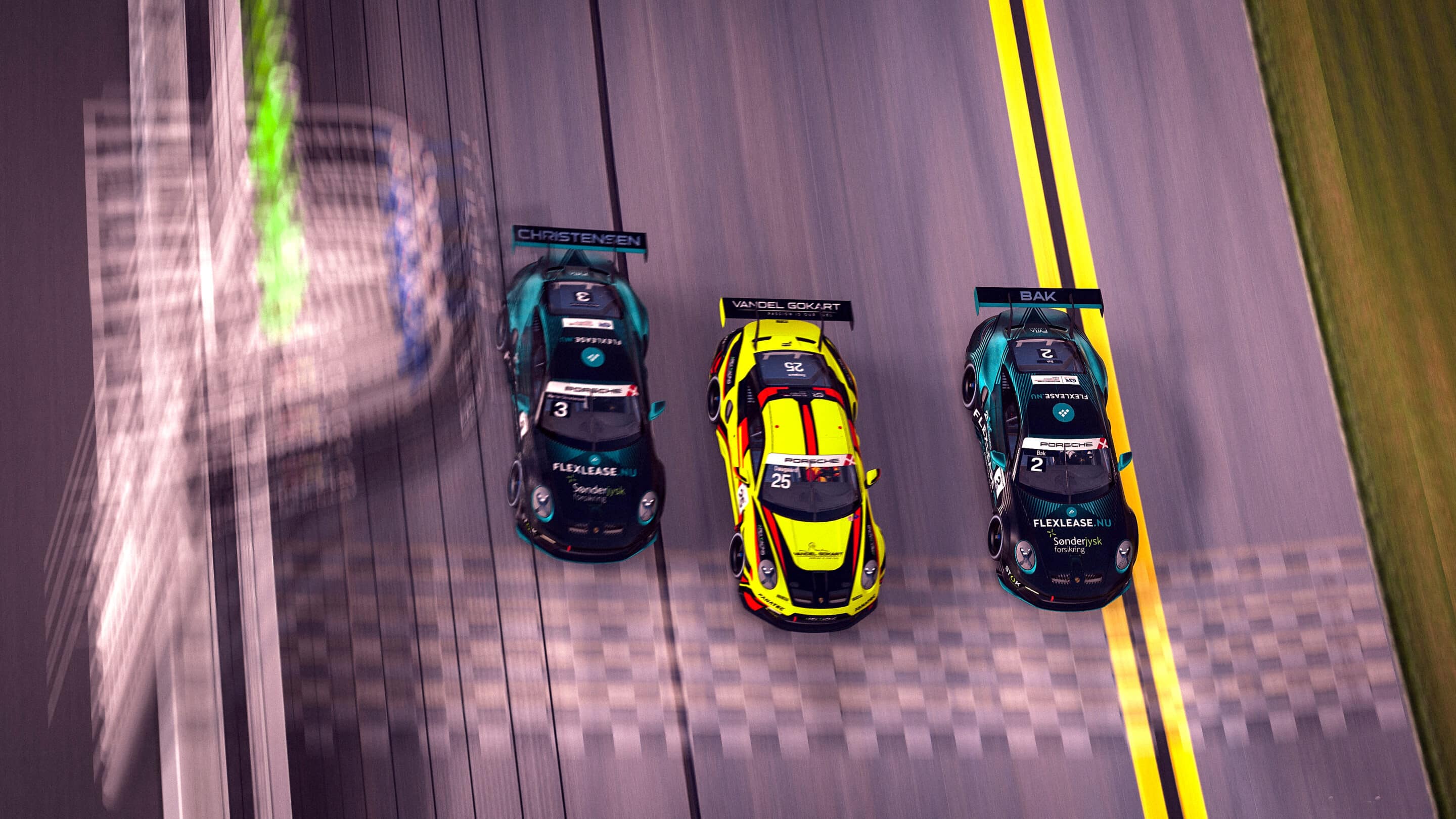 Be fast – and smart

“The special thing about Daytona is that three quarters of the course is an oval course with full throttle, which provides extreme opportunities for slipstreaming – that is, utilizing the hole in the air to catch up with your competitors. It can be a disadvantage to be at the forefront, which means your tactics need to be different than usual. It’s actually more about being smart than being fast, ”said racing driver Mikkel Jensen, who together with motorsport commentator Jens Winther formed the expert team in the live studio at TV 2 SPORT. Shortly before the race the Daytona track was given a number of updates through the iRacing platform.

“It simply came to our notice then. The updates are due to the fact that the physical Daytona track has just been updated as a prelude to the 24-hour race later this month. Such changes at the last minute only add up to even more excitement, and perhaps some of the drivers we do not normally see at the top can suddenly make an impact, ” said Mikkel Jensen. And he was right. 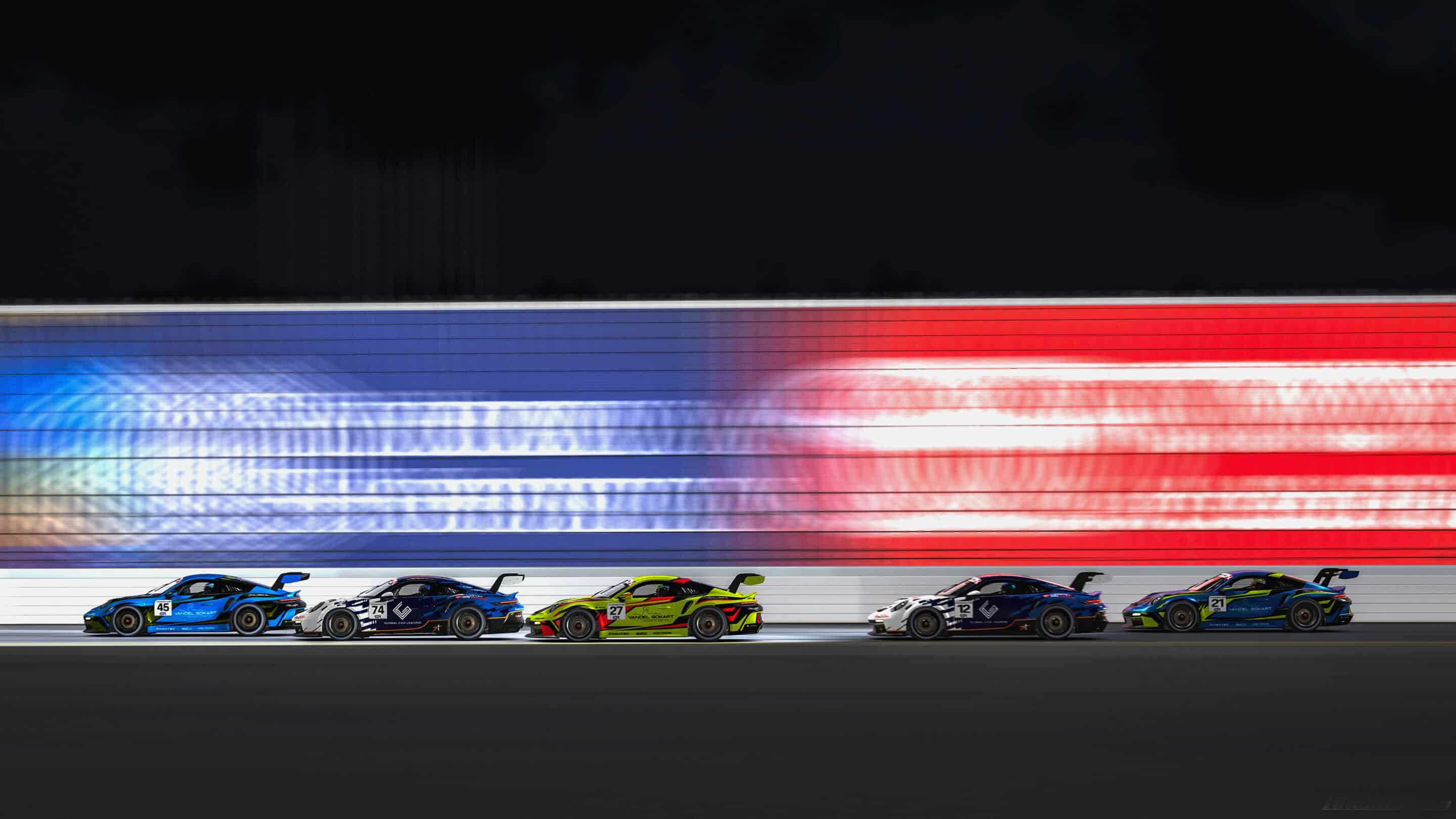 After an exciting qualification, where the three fastest in the championship position failed to place in the front – Mikkel Gade (FYRA SimSport) could just squeeze into a fourth place, while the championship leader Lasse Bak (Team Flexlease.nu by FYRA) had to settle for a 14th place and Martin Christensen (Team Flexlease.nu by FYRA) an eighth place – it was instead Lucas Daugaard (VG Racing Apex Academy) and Marcus Jensen (P1 Esport) who secured the front row for the first race at Daytona. Daugaard had a challenging start. Mikkel Gade took second place even before the first turn. Already in the second round of the race, drama arose when Malte Ebdrup (P1 Esport) spun around and created a traffic jam with a number of crashes as a result.

While especially Marcus Jensen, Lasse Daugaard and Mikkel Gade fought hard for the lead, they generally went for it further down the field. Bastian Buus (Porsche Denmark Esport), for example, was flying and had moved up from a 13th place to a second place in the second half of the race, when he had to collect a penalty for hitting a competitor. In the meantime, both Lasse Bak and Martin Christensen had reached the very top of the field, and Bak was briefly leading on the last lap, but a cunning Lasse Daugaard still managed to slipstream to an incredibly close victory. Thus, Daugaard won the race with just 0.004 seconds ahead of Lasse Bak, while Martin Christensen, who secured the fastest lap time of the race, finished in third place – only 0.013 seconds behind the winner. 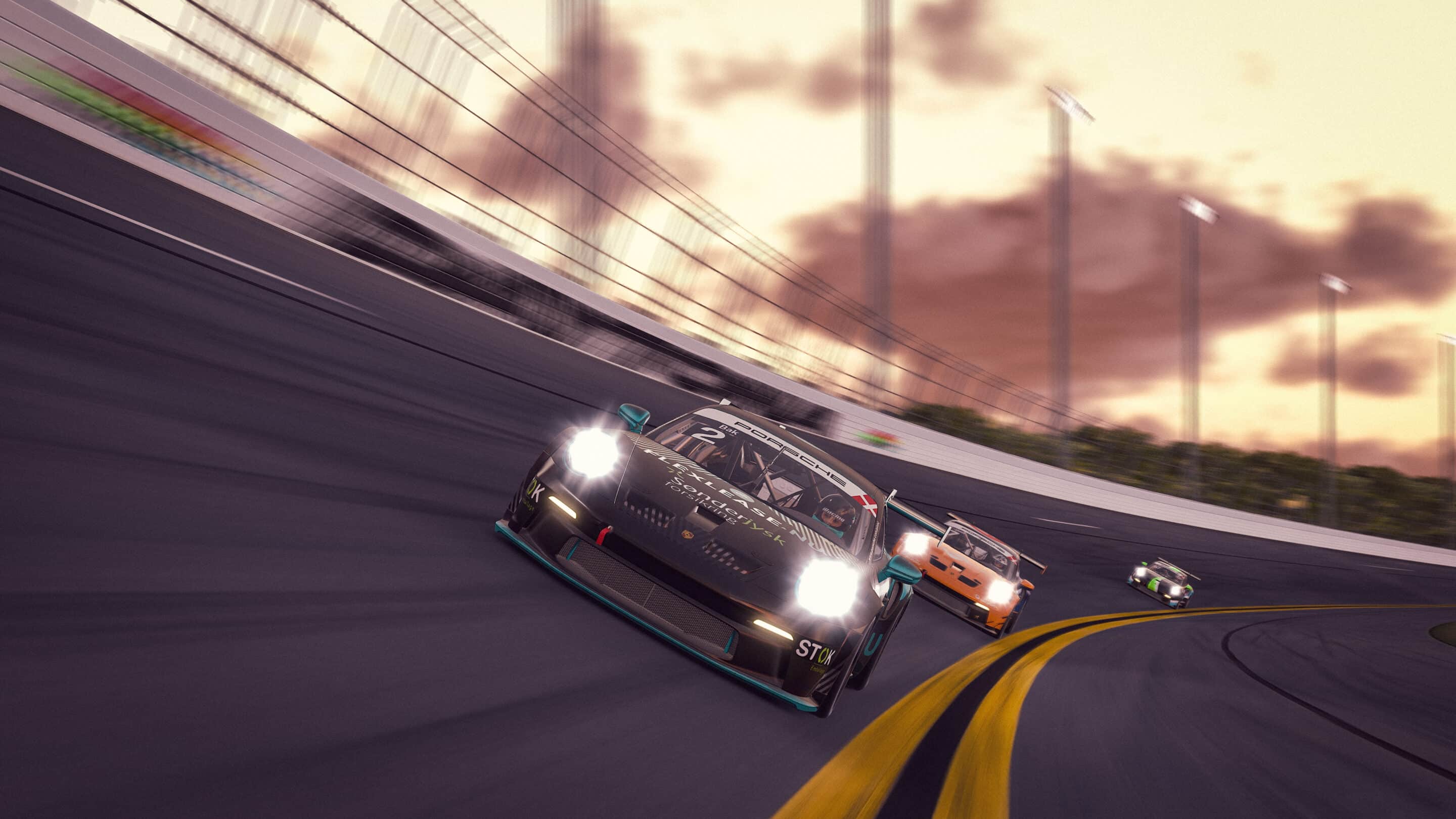 As the top 10 places on the starting grid in the department’s second race are traditionally lined up in reverse order based on the first race result, it was teammates Louie Stockfleth and Michael Pedersen (Global Car Leasing) and Rasmus Busk (Odense Gokart Hal), who had to start P1, P2 and P3. Already in the first turn there was a change of positions, when Kevin Nielsen (FYRA SimSport) snatched the lead, Mikkel Gade was also flying and took second place on the way into the second round – and secured the lead in the third. Martin Christensen, however, had to walk through the pit as a penalty for hitting a competitor.

Things went better for teammate Lasse Bak, who in the ninth lap had achieved having exchanged his ninth place on the starting grid for a lead in the race. It was again incredibly close – only 0.6 seconds between the first five cars in the 10th lap – and some drivers also escaped the boxing matches without penalty. Thus, an otherwise lightning-fast Bastian Buus again had to take a trip through the pitlane, while teammate Frederik Kjeldgaard had to back two positions as penalty for a collision.

The end of the race even ended up being an incredibly intense affair. Lasse Bak was again leading at the end of the bus stop chicane, but still ended up completely off the podium when he was overtaken by Kevin Nielsen, Mikkel Gade and Lucas Daugaard, who slipped to a victory, a second and a third place respectively. Nielsen and Gade, by the way, in a crushing close fight with less than one thousandth of a second gap over the finish line! 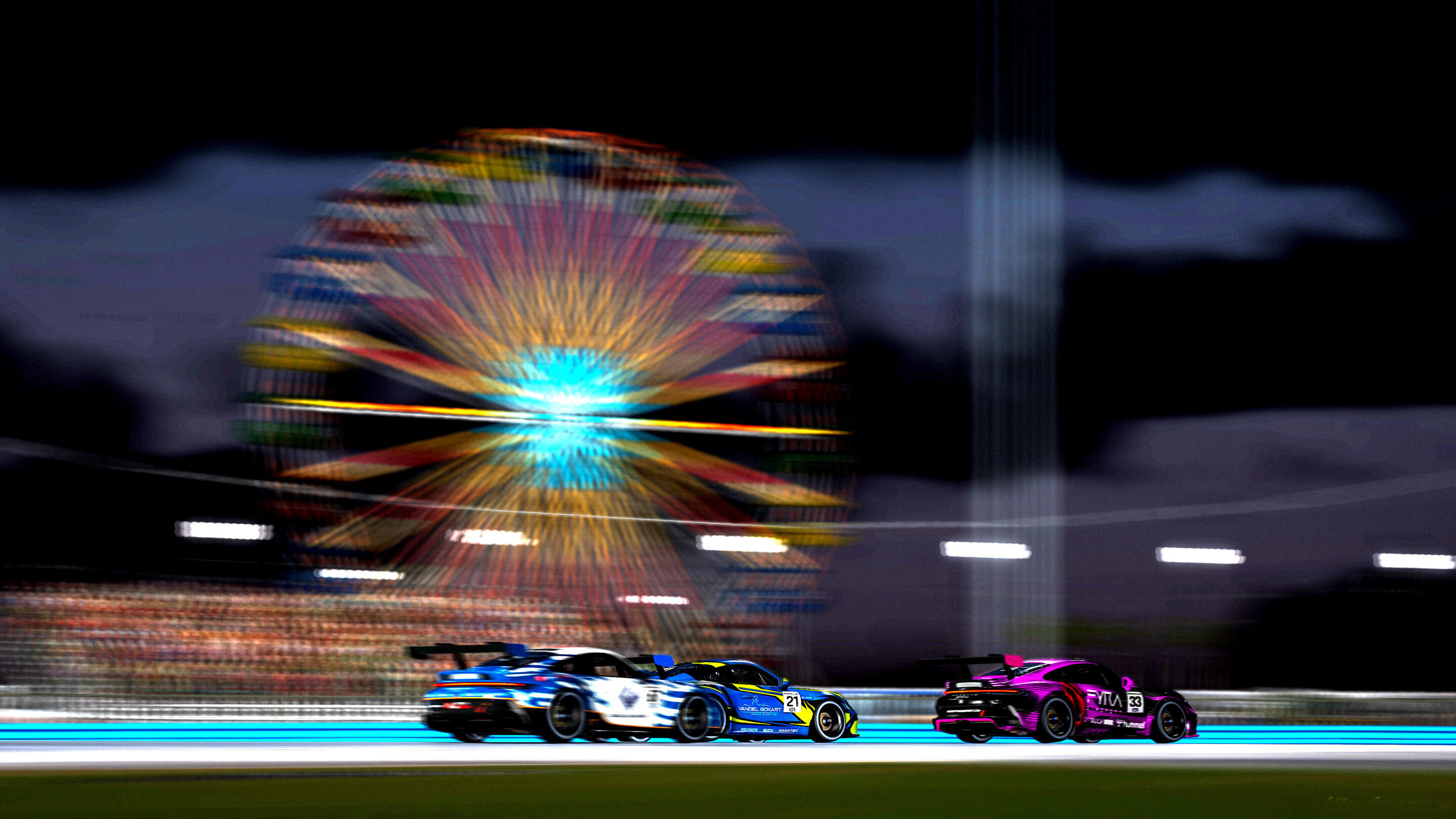 While the fourth Round of the Porsche Esport Carrera Cup Denmark offered a surprise in the form of Lucas Daugaard, who after tonight’s strong results rose from a 15th to a 10th place in the championship position, there were no replacements at the top of the field. Midway through the championship, Lasse Bak is still leading, while last year’s Danish champion, Mikkel Gade, holds second place – albeit with a shorter distance than before. Martin Christensen, on the other hand, had a disastrous second race, which caused him to lose ground. Christensen retains his third place, but Casper Lund and Kevin Nielsen in fourth and fifth place are now starting to get close. The next section of the Porsche Esports Carrera Cup Denmark will take place on the virtual version of American Road Atlanta on Tuesday 1 February and will be broadcast on TV 2 SPORT from 20.30.