The final round of the Official Danish Championship in Digital Motorsport, the Porsche Esports Carrera Cup Denmark, will be held in connection with the Gamebox Festival on 23 April.

The festival takes place in MCH Messecenter Herning, where it will be possible for the first time to watch the digital race as a spectator. TV Host Felix Smith will, together with Race Driver Jan Magnussen, entertain the audience, while the commentators from TV 2 SPORT comment on the two races live.

“We are excited to be part of Denmark’s largest gaming festival and look forward to involving spectators in the Porsche Esports Carrera Cup Denmark for the first time. In addition to the final, you can find Porsche Denmark and ESR – Esport Racing at the festival all weekend, where you have the opportunity to try your hand at a simulator, win great prizes and hang out with us in the Porsche lounge” Says Ann-Sophie Dam, Porsche Denmark

Are you the fastest man behind the wheel of a virtual Porsche Cayman GT4? If you can step on the accelerator and at the same time keep the car on the track, you have the chance to win the coolest prizes at Porsche Denmark’s stand at Gamebox in Herning.

Everyone who participates on Friday and Saturday is vying to end up in a head-to-head time trial competition. This competition takes place on stage during Saturday’s final in the Porsche Esports Carrera Cup Denmark. 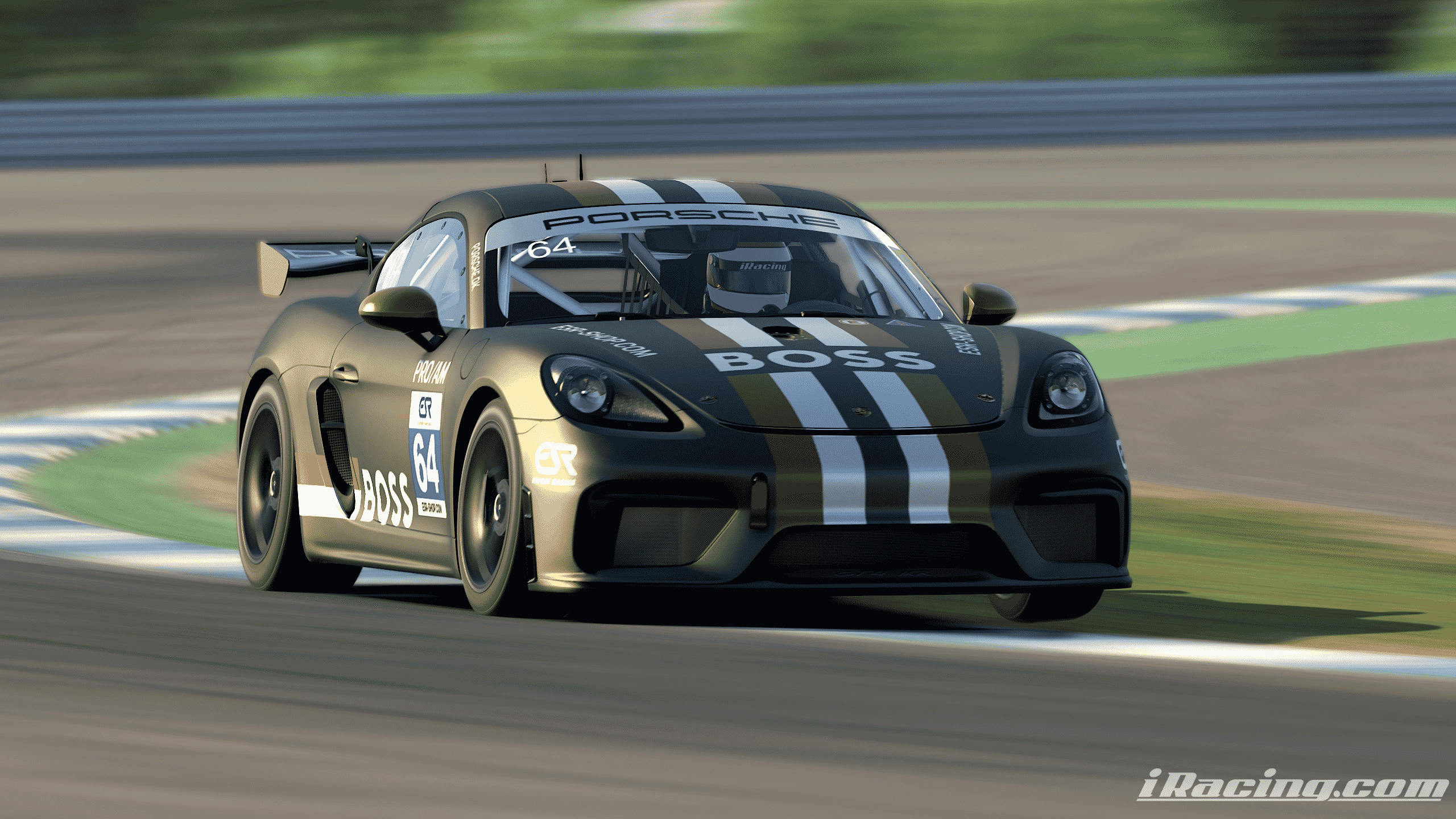 RACE OF HERNING
On Saturday 23 April at 12:00, Porsche Denmark and ESR will hold a show race at the Porsche stand in hall M for Gamebox Festival 2022. During the race, race drivers, streamers and other well-known Danes will compete.

The competition is only for invited participants, who form a total of six teams after the draw. The teams consist of AM riders and PRO riders. The AM drivers are participants who are not familiar with sim racing or motorsport in general. AM can, for example, consist of celebrities or streamers, where PRO drivers will typically consist of skilled sim racers and race drivers.

The teams receive 45 minutes of training, after which qualification is run for 10 minutes followed by a race of 20 minutes. Here, the team must change runs midway through the race. The competition takes place in the game iRacing on the track Hockenheim National, and the car model will be a Porsche 718 Cayman GT4 with Fixed Setup.